Natural Killer Cells (NK Cells): What You Need to Know 2022

What are Natural Killer Cells?

Natural killer (NK) cells, a specific type of white blood cell, are an important component of your innate immune system. Your immune system consists of two different branches — cell-mediated immunity (innate) and humoral immunity (adaptive). When you contract a viral disease, the pathogen enters your body and infects your cells.

The subsequent disease process involves your cell-mediated immune response, which activates your NK cells, along with chemicals that attract them to the site of infection, where the white blood cells basically chew up and spit out the infected cells. This process clears the virus and rejuvenates the gel-like water inside your cells.

On a side note, naturally acquired herd immunity in a population comes into play when a very high percentage of individuals have gone through this sequence of cell-mediated and humoral immune response.

Benefits and Side Effects of Transfusing NK Cells

In terms of benefits, NK cells are the hardest to produce in the body, so transfusing a large amount automatically strengthens the patient’s immune system. The cells are quicker and attack any abnormal cell immediately after transfusion. The NK cells not only eliminate but prevent the reoccurrence of such viral or cancer cells because of it’s stronger memory for attack. Though it must be known this is not a full or sure cure for cancer but a great adjunct with other therapeutic agents given to a patient. Those with viral and other diseases also benefit the same but must continue taking other medicines prescribed. Side effects are minimal for the patient. It is not painful, the patient may feel some fatigue or nausea but does not have to be hospitalized or rested. Some patients, usually a small percentage may reject the cells given even after careful selection so if any fever, rash or vomiting occurs, they must contact their doctor immediately.

Natural killer cells are our best and most innate form of defense since birth. However, for some, these cells may not work as much or are not available in those affected with cancers and certain viral infections. With the progression of medicine and research, the ability to understand and collect natural killer cells for therapy has increased. This makes it available for patient seeking therapy for poor or weakened immune systems without much harm. Though it is not a 'magic pill' and a full cure for most diseases, it is a step in the right direction of treating malignant cells we once thought were not quickly destroyable.

NK cells are involved in both viral disease and diseases such as cancer and autoimmune conditions. As explained in one 2008 paper on the functions of NK cells:1

Although NK cells might appear to be redundant in several conditions of immune challenge in humans, NK cell manipulation seems to hold promise in efforts to improve hematopoietic and solid organ transplantation, promote antitumor immunotherapy and control inflammatory and autoimmune disorders."

NK cells are cytotoxic, meaning they're capable of killing cells. Tiny granules in the cytoplasm contain granzymes — special proteins such as perforin and proteases. Perforin, hinting at the functional basis of its name, perforates the cell membrane of the cell targeted for elimination, allowing the proteins and other chemicals to enter, thereby inducing apoptosis (programmed cell death) that destroys the virus along with the infected cell.

In this manner, NK cells — which are not antigen-specific — contain the infection while your adaptive, humoral immune response generates T cells containing antigen-specific cytotoxins to clear the infection. Put another way, the NK cells keep viral replication in check while the adaptive arm of your immune system "learns" the properties of the virus and creates antibodies to match.

Research confirms that when you are deficient in NK cells, you're far more susceptible to viral infections, and likely tumor formation as well.2 NK cells also help regulate your immune system by producing cytokines, signaling molecules that stimulate and regulate other immune system cells.

Since NK cells have the ability to differentiate between normal, healthy cells and abnormal cells, such as those infected by a virus or that have turned cancerous, scientists are looking for ways to enhance NK cell function as a way to improve the effectiveness of cancer treatments.3,4 The good news is there are many ways to boost the number and function of your NK cells, which I'll review below.

With Enough NK Cells, You Become Impervious to Influenza

Researchers recently made a very interesting discovery: With enough NK cells in your system, you will not contract influenza.5,6 As reported by Live Science,7 a specific gene called KLRD1 "could serve as a proxy for a person's levels of natural killer cells." KLRD1 is a receptor gene found on the surface of NK cells, and the level of KLRD1 found in a person's blood prior to exposure to the influenza virus was able to predict with 86% accuracy whether that individual would contract the flu.

According to senior study author Purvesh Khatri, associate professor of medicine and biomedical data science at Stanford University School of Medicine,8 KLRD1 is "the first biomarker that shows susceptibility to influenza, across multiple strains." As reported by Eurekalert:9

It's a fine line, Khatri said, but the distinction between the groups is quite clear: Everyone who had 10 percent or more natural killer cells stood strong against the infection and showed no symptoms. Khatri said his findings could help health professionals understand who's at the highest risk for flu infection."

Ways to Boost Your NK Cells

While the researchers hope their findings may help develop more effective flu vaccines, you don't need drug intervention to boost your NK cells and hence your protection against virtually all viruses and malignancies.

NK cells tend to lose functionality as you age, leaving you more susceptible to disease, including viral infections such as influenza and cancer. The medical term for this degeneration is "immune senescence." The good news is you can counteract this decline in a number of different ways, including the following:

Boosting Your Innate Immunity Is Your First-Line of Defense

We've often stressed that boosting your natural immune function is a key component of health and disease prevention, and this is particularly true during flu season. As recently discovered, once your NK cells reach a certain threshold, which appears to be right around 10 percent, you will not get the flu even if you're exposed to flu viruses.

This is in large part why seniors are more prone to influenza and other infections. They're also more susceptible to cancer, and NK cells play a very important role in tumor prevention as well. So, in addition to optimizing your vitamin D, consider eating more of the NK cell-boosting foods listed above. Doing so could go a long way toward circumventing influenza and other infections.

Caution: Up to one-third of patients might get cytokine release syndrome

In up to one-third of patients, significant toxicities occur that are directly associated with the induction of powerful immune effector responses. The most frequently observed immune-mediated toxicities are cytokine release syndrome and immune effector cell-associated neurotoxicity syndrome. (R)
Sources and References
Labels: immunotherapy NK cells 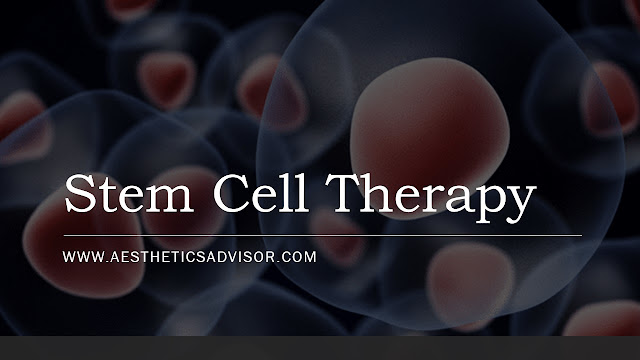 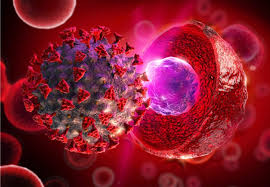 Mesoblast Ltd. Soars after getting a vote of confidence from large pharmaceutical backer Novartis AG